In my art career I was naturally balancing between shown and not-shown content – I didn’t know that these are actually the milestones of the cinematographic language itself.
Framing the scene, jumping from one shot to another, cuts standing for time reduction of amazing lives of our fictive heroes etc. All this was developed to mimic our perceptual and cognitive principles of looking. 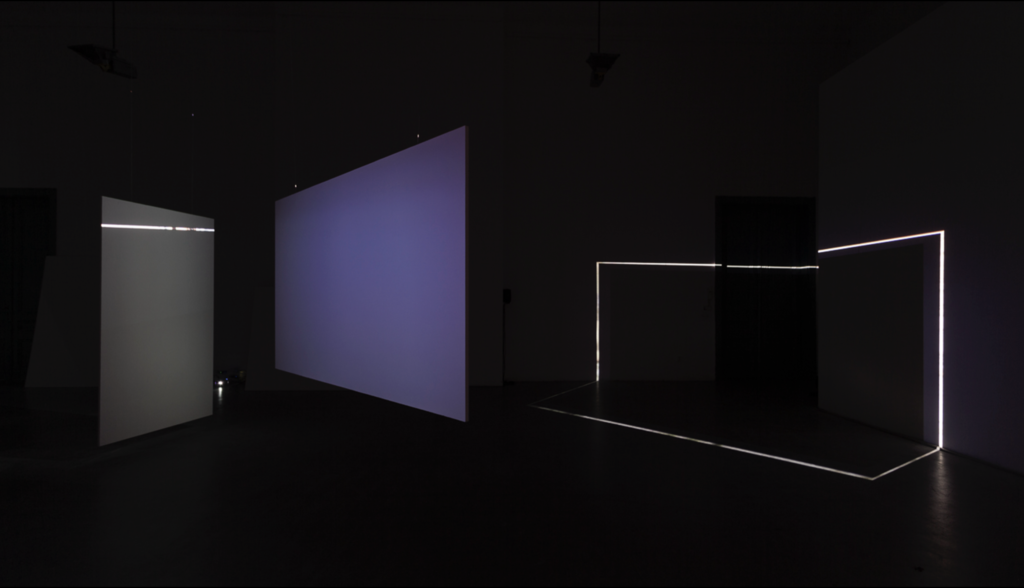 We are still sitting in the cinema or a living room staring at this well organized and properly picked and arranged sequences of someone else’s story. We are voyeurs oscillating between immersion: forgetting our physical presence in the living room..,. and experiencing critical distance – it is only a movie.

But how is the principle of immersion developed? It is a confluence of many aspects but I will focus on just one – the cinematographic language itself.

The camera, the same way as our mind, divides the important from the less important, formally reducing the seen and the un-seen. From the perspective of cinematographic language to framed and unframed reality. Aspects of the seen trigger our attention, keep the storyline coherent and reveal the direction of our imagination – outside the frame – where this filmic world, even if not shown, goes on. When we suddenly hear a strong sound, associative of the airplane – reminding us of the presence of a nearby airport. Sometimes we are even scared when the coherently built and somehow expectable and trusted outer world of film reality suddenly surprises us.

That is how we interact with the medium of film – and even that we are sitting in our cozy place in the living room or the cinema, in a static fixed position – we are moved.
I would call this “mental interaction”. Our mind is actually filling in those gaps, empty places of untold narrative, with our own life experience and cultural as well as historical memory. With different words, not only what we can see, but sensitively built principles of the unseen and/or the unspoken evokes the spectator’s experience of mental interaction, which leads to their immersion. But when we move one step further, to the fields of interactive medium, how are these aspects of mental interaction applicable in the context of physical and/or physically simulated interactivity?

We will, for now, liberate our spectator from the dictatorship of the director, letting him decide which direction he will look or what he will focus and which aspect of the fictive reality he would like to explore. I am not telling that the next evolutionary level of cinematography as a medium is a VR headset, but coming from the classic McLuhan theory that characteristic of every medium is that its content is always another or previous medium.

To Illustrate the field of physical embedded interactivity I will help myself with taken-over study of storytelling in VR – Taro’s world. Conclusions of this study helped me to understand the physical interaction, role of a body in relation to its environment in relation to staged situation. Goal of the director Paisley Smith was how to tell a story about small little boy. They were for over 10 weeks using three sets of experiments, with over 40 participants and interviewed experts form multiple perspectives: from design thinking, theater, gaming industry, architecture, journalism, science and film. They were using methods of Experience prototyping – prototyping the physical experience in the real world – expanded with the aspect of audience experience (AX). Carboard glasses with small camera, capturing the spectators gaze; lines on the floor specified the radius of interaction; testing the field of view of the space and so on so forth.

Testing questions was how participants accept their role in the story?
How their position to space and measure of engagement, affects the interpretation of the story? And for me most important: how the visual and space restrictions affects the perception of shown situation and its interpretation.
The results of the study are generally applicable to many contexts where our body or our avatars steps into the staged situation – carefully told ¬– no matter if it is digital or analogue one.
One from the headlines of the study is Having a body means being somebody – which is in the context of study – speaking about the spectator positioned behind the class or in front of the class, where he is automatically accepting the role of speaker, lecturer ect. In the opposite direction of the room, spectator experience ghost effect. Lacking the possibility to interact, lacking the agency or experiencing FOMO effect – Fear of missing out important points in the storyline.

Why am I showing this study here? Not only to outline the risks coming from inconsistency of interaction and immersion, but also because of transformation of the cinematographic language into the space-oriented dramaturgy. When I will help myself with comparison with film again – director no longer directs what we can see, he can only manage spectrum of circumstances that the user will notice or not and its probable timing.
This kind of interactivity based on phenomenology of physical and our relation to the outer space is having big potential in the shape of deepening our empathy to living or natural forms. That is what I expect when we will be able to balance physical interaction and mental interaction based on sensitive dosage of lacking.

Good example for this principle is interactive narrative Dear Esther, from the Chinese Room studio. Which is leaving us the space for imagination, dreaming and intuitive interpretation of the figures – us as first-person explorer and abandoned island itself. We are understanding to our-self and to the outer world from props spaced on the island. This strategy of missing and constant finding is even written in the strategy of narrative structure of the piece which could be at the same time map of the island and its hint-points. 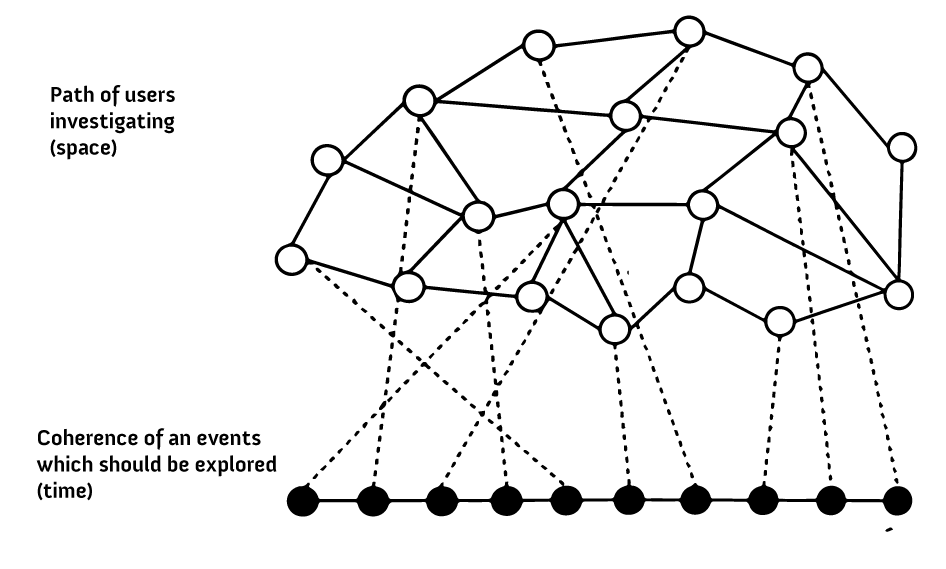 The same way as we were afraid of loss of imagination in the early stages of film industry – film was considered too descriptive – the same dangers are coming with the too spectacular language of digital immersive medium. We should understand the necessity of the unseen and untold and newly maybe unable, in this 360degreed universes full of possibilities, otherwise we will drown in the broad waters of passive spectacular enjoinment missing the story.